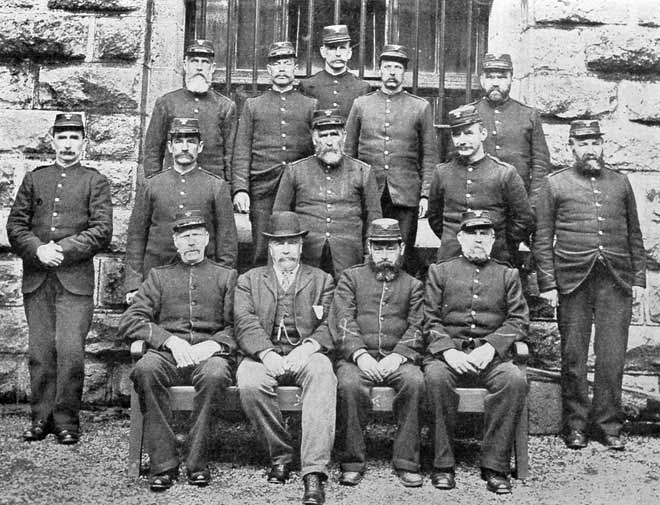 Officers of Mt Eden Prison, shown in 1900, wear uniforms reflecting the nature of the job at that time. Many of the guards were former military men and their job was a quasi-military one. Guards were subject to strict discipline and followed a rigid chain of command. They had little say over their pay or conditions. Their uniform was selected by Captain Arthur Hume, inspector general of prisons, who was also for a time commissioner of police and acting under-secretary of defence. Hume chose very similar uniforms for all three services, with prison officers dressed in dark blue or black.