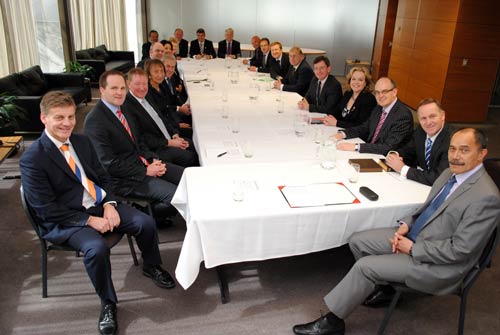 The executive is the branch of the government which executes or delivers laws and policies. The Executive Council is the highest formal instrument of government and is comprised of all ministers, including ministers both inside and outside cabinet. It is presided over by the governor-general and its main function is to advise the governor-general to make the orders in council which are necessary to implement some of the government's decisions. Governor-General Jerry Mateparae (at the head of the table, far right) is shown here at his first executive council meeting in 2011. Next to him is prime minister John Key.