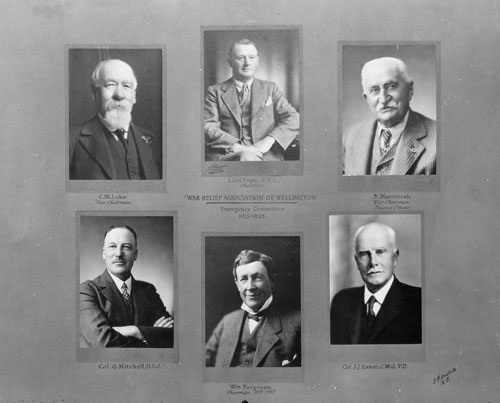 James Jacob Esson (bottom right, pictured with the other members of the War Relief Association of Wellington’s emergency committee) was one of the most influential of the early 20th-century secretaries to the Treasury, although he only held the office for three years. After retiring from the Treasury in 1925 he was appointed financial advisor to the government, a position he held until 1930. Esson chaired the railways commission established in 1931 when the railways were moved outside the public service. He was also the driving force in the national expenditure commission of 1932, which recommended substantial cuts in public spending in an effort to balance the government’s accounts, which were in deficit because of loss of revenue during the economic depression of the early 1930s.