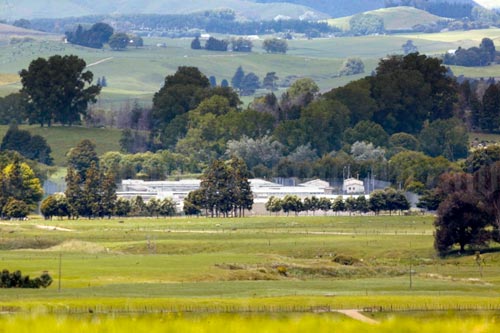 Waikeria Prison is on the northern border of the King Country in the midst of dairy farms. The prison itself has been a working farm since it was opened in 1912. Waikeria became a borstal (youth reformatory) in 1961 and a youth facility between 1981 (when borstals were abolished) and 1985. Since then it has been a men’s prison. Security classifications range from minimum to high security.