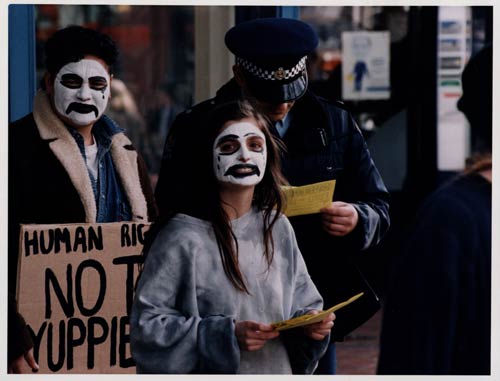 A group protests outside Jean Jones, a women's fashion store in Wellington, in September 1995, after the shop refused service to a beneficiary. The store had a policy of not selling goods to beneficiaries using Income Support clothing allowances. The woman in question needed appropriate clothes for a job interview. In response to the store's action, the Wellington People's Resource Centre organised a protest and called for the shop to be boycotted. The Human Rights Act 1993 prohibits discrimination on the grounds of employment status.