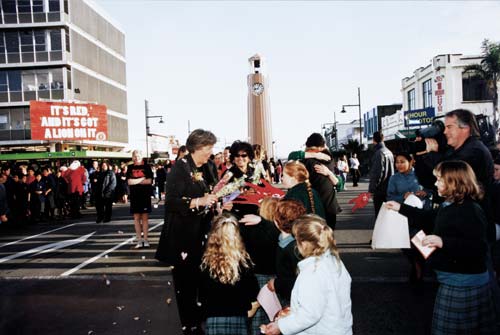 Netballer Leigh Gibbs was born and raised in Gisborne. She played in New Zealand’s national netball team (later the Silver Ferns) from 1978 to 1987, captained the team in 1986 and 1987, and coached the Silver Ferns from 1993 to 1997. Here, she is being given a home town welcome.