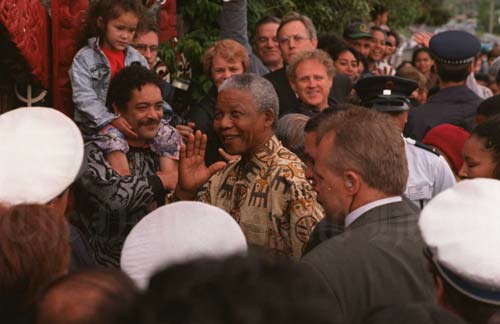 South African President Nelson Mandela is welcomed onto Tūrangawaewae marae at Ngāruawāhia in 1995. In New Zealand for the CHOGM (Commonwealth Heads of Government Meeting) held in Auckland that year, Mandela was the focus of great interest. He was widely admired for his part in ending the apartheid system in South Africa, an issue that had been fiercely fought over in New Zealand.