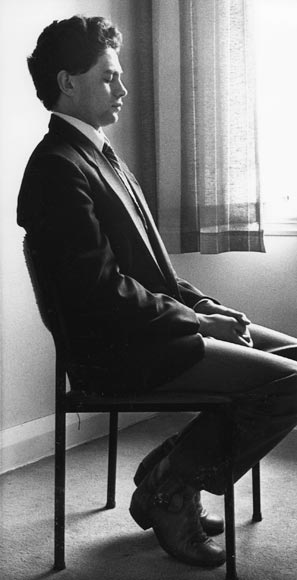 Tim Irwin practises transcendental meditation (TM) in 1983, the year he graduated as a teacher of this meditation technique. From Bluff, he was thought to be the first Māori teacher of TM. He stood for Parliament in 1996 as a candidate for the Natural Law Party, which advocated TM as the answer to social problems.

TM established in New Zealand in 1977. The 'MEDITATIVE RELAXATION RESEARCH FOUNDATION INCORPORATED' (New Zealand Register number 224435) taught practitioner courses in Transcendental meditation from 1977 primarily via correspondence in New Zealand. The incorporated society dissolved in 2000. The meditation course was written by Michael Tyne-Corbold (aka Michael Freedman) with the assistance of Prof John Faeburn of the Auckland School of Medicine and Dr John Hilton. Michael Freedman graduated as a TM instructor from the Mahesh Yogi Academy (Rishikesh headquarters) in India. (Ref: Canberra Times (ACT _ 1926 - 1995), Thursday 9 May 1968, page 3) Initially Corbold taught TM in Australia from 1968 before coming to New Zealand and establishing TM in New Zealand in 1976 becoming an incorporated society in 1977. The society also provided instructor courses in TM with one of its graduates being Jean de Cabalis who later became a vice president of the former society.