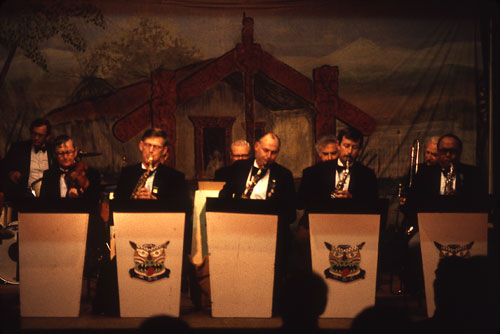 Members of the Levin Savage Club entertain their fellow members in the mid-1980s. The Savage Club held monthly meetings, where members would take turns performing with music, short acts and comic routines. As suggested by the motifs in front and the painted whare on the backdrop, in New Zealand the Savages borrowed much of their iconography and ritual from Māori. The club was founded in England in 1857, and was named after Richard Savage, a little-known 18th-century poet.