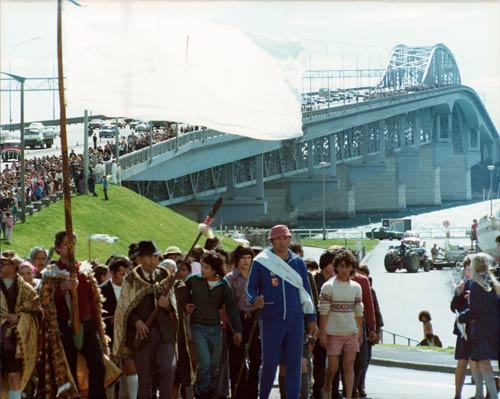 With their leaders wearing feather cloaks and carrying a ceremonial carved pole and a taiaha, the Māori land march heads south from the Auckland Harbour Bridge towards its destination in Wellington. The marchers included large numbers of Pākehā as well as Māori, and the massive protest drew the country's attention to Māori grievances over the loss of land, language and mana.