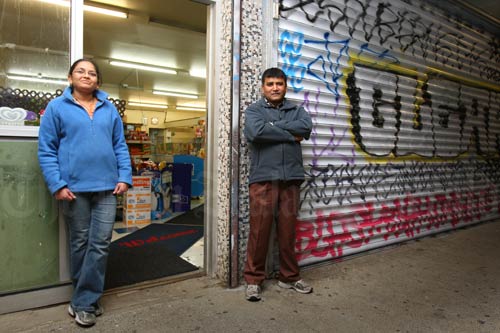 Keyuri and Pravin Dahya, like many other Indian dairy (convenience store) owners, were victims of robbery. Between 2001 and 2008 their isolated dairy in Manurewa, South Auckland, was robbed six times. Their response to the ongoing threat was to install a camera monitor, panic buttons, and security doors and gates, and to keep a softball bat and guard dog nearby.