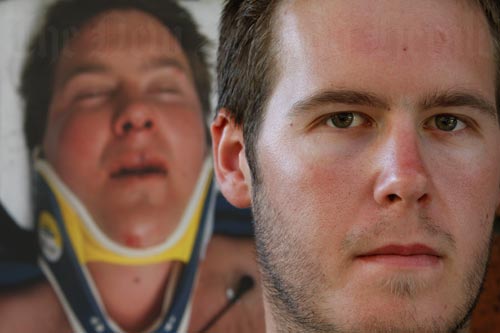 Andrew Pike was a victim of an unprovoked assault by eight men in North Shore, Auckland, in 2009. He was knocked unconscious, his jaw was broken in six places, and he lost six teeth. A month later he was still in pain after two operations, and struggled to speak normally. Two of his friends were also severely beaten, but another managed to escape and get help.