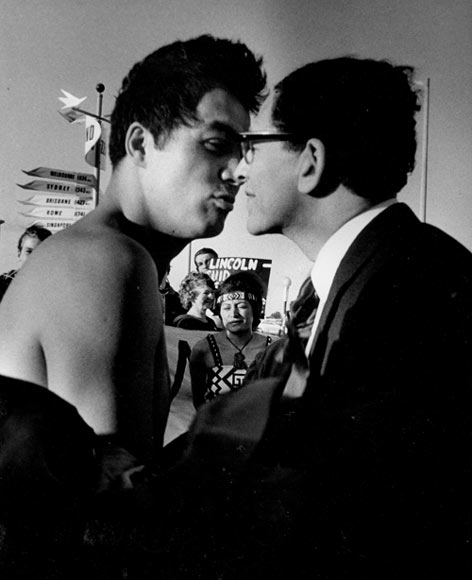 Anti-racism activist Syd Jackson (Ngāti Kahungunu, Ngāti Porou), head of the New Zealand Federation of Māori Students, greets the South African anti-apartheid campaigner Dennis Brutus with a hongi (traditional welcome gesture) on his arrival at Auckland airport in 1969. Brutus was president of the South African Non-Racial Olympic Committee, which campaigned for the suspension of South Africa from the Olympics because of its policy of apartheid.