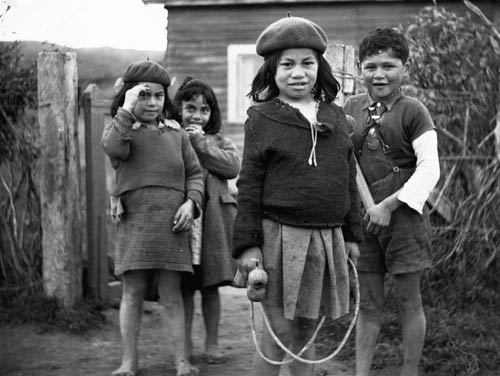 Skipping ropes were a key element of children's (mainly girls') playtime routine. The ropes were simple objects that could easily be made from salvaged materials, or bought at a local shop. This group of children outside their house in the Porirua district around 1940 are on their way to play, skipping rope in hand.