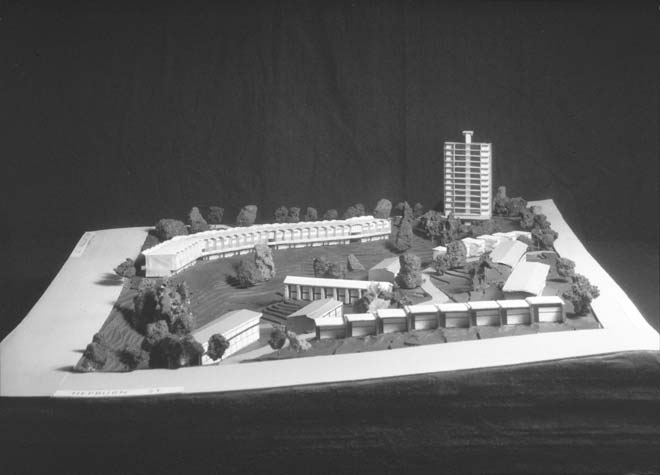 In the 1950s the Auckland City Council drew up a master plan for the redevelopment of Freemans Bay, widely regarded as the city’s slum. It involved demolishing most of the suburb and rebuilding it with flats and town houses. This model shows a proposed council-housing development comprising terrace housing and a block of flats. These are set in parkland, providing a green vista and recreational space. The scheme was too ambitious and never built.