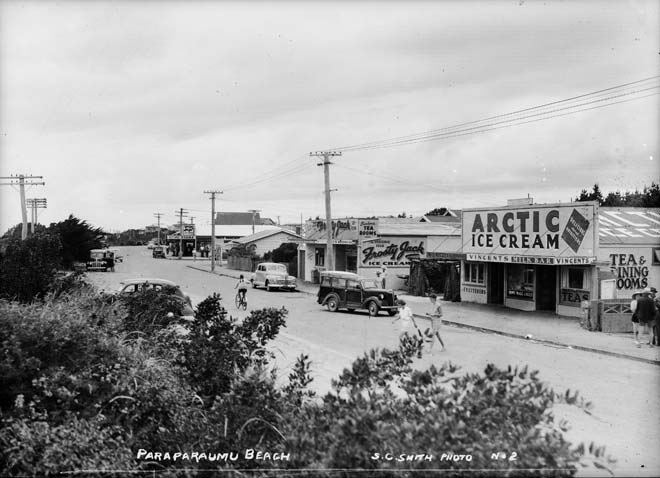 Paraparaumu Beach was a popular weekend destination for Wellingtonians, especially after the Second World War. Shopping restrictions stopped most shops from opening in the weekend, but some areas, such as Paraparaumu Beach and New Brighton in Christchurch, were allowed to open their shops in the weekends from the 1960s. The popularity of weekend shopping in these centres showed politicians that people wanted it.

Protest against the six-day week