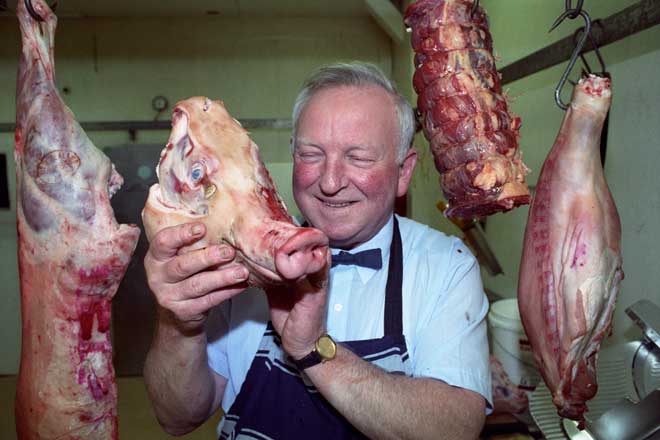 Butcher Murray Easton holds up a pig's head in his central Wellington Supa Butchery in Cuba St in December 1991. He closed the store at the end of that month and consolidated with a Cuba Mall butchery which he part-owned. High rents and the rising popularity of supermarkets had closed many butchers' shops. In the early 1970s there were around 40–50 butchers' shops in Wellington's central city. Twenty years on there were just three.