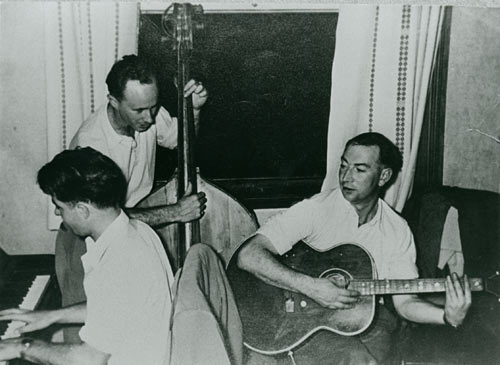 Writer Ronald Hugh Morrieson (right) performs with his dance band, which played in small towns across South Taranaki during the 1940s. Morrieson wrote four novels and two short stories; all except the first two novels were published posthumously. His portrayal of the booze-ridden subculture of small-town Taranaki did little to endear him to many of his fellow Hāwera citizens. His four novels have been made into films: The scarecrow (1981), Pallet on the floor (1984), Came a hot Friday (1985) and Predicament (2010).