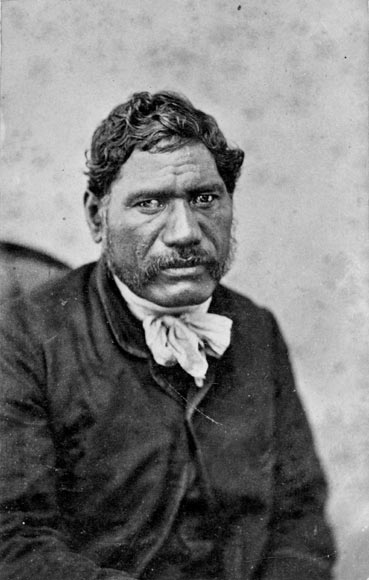 Te Ua Haumēne, seen here in the early 1860s, was the founder of Pai Mārire – a religion based on Christianity which incorporated aspects of traditional Māori priestcraft. Te Ua was born at Ōpunake in the early 1820s and was taken as a slave to Kāwhia, where he learned to read and write Māori and studied the Bible. He returned to Taranaki about 1840 and became a lay preacher at the Waimate mission station in South Taranaki.

The ceremonies of Pai Mārire – also known as Hauhau – were based around a ship’s mast. Pai Mārire took military action against British forces in Taranaki in 1864. Te Ua was taken into custody by General Trevor Chute early in 1866; he died at Ōeo in October of that year.