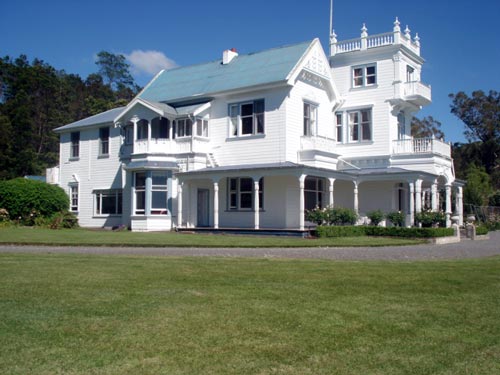 The Aramoana station homestead was built by pastoral runholder Alexander McHardy in 1894. Runholders throughout Hawke’s Bay built grand homesteads that reflected their wealth and social standing. The tower at the front of the building, which recalls fortified northern hemisphere buildings, is its most architecturally unusual feature. The homestead is still occupied by the McHardy family.