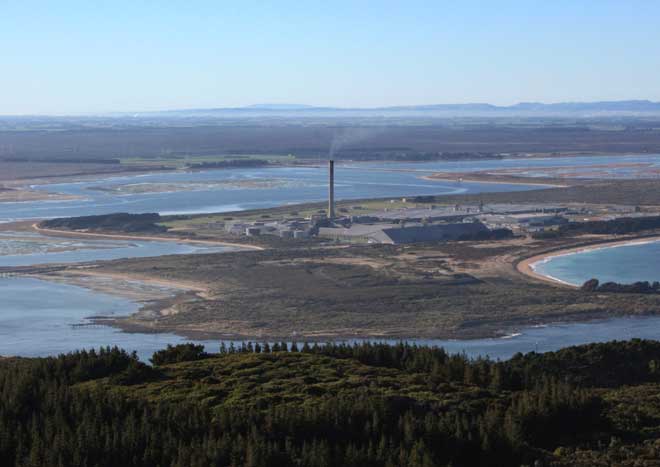 This smelter near Bluff, Southland, is one of the largest aluminium smelters in the world. It employs nearly 1,000 people. In 2009 the smelter was owned by two overseas partners, Rio Tinto Aluminium based in Brisbane, Australia, and Sumitomo Chemical Company of Japan. Gross domestic product (GDP) measures all the income and profits earned by the smelter’s production. But to understand the impact of such foreign ventures on New Zealand residents, the profits sent overseas to the foreign owners need to be excluded. Gross national income (GNI) excludes the earnings of foreign residents, which GDP does not.