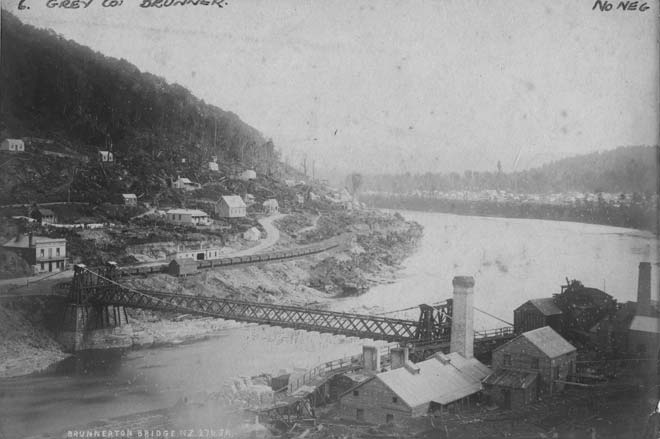 The West Coast settlement of Brunner grew on the site of the Brunner coal mine in the 1860s. The township straddled the river, the two sides connected by a substantial suspension bridge. In 1887 it became part of the borough of Brunnerton, which included the nearby settlements of Stillwater, Taylorville and Dobson. In 1896 the mine was the site of New Zealand’s worst industrial accident, when 65 men and boys were killed in an explosion. The closure of the main mine in 1906 and competition from Westport saw Brunner enter a period of decline.