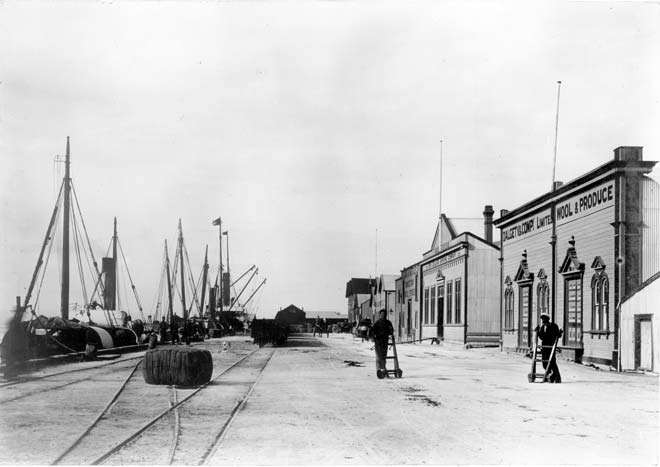 Port Ahuriri in Napier, shown here in 1905, was typical in combining rail and shipping. Horse- or bullock-drawn carts were common on wharves without rail, and at railway stations. The offices along the Port Ahuriri wharf were those of the New Zealand Shipping Company and Dalgety & Co., a multinational stock and station agent. The men with trolleys in the foreground were either wharfies (as stevedores were known), who loaded and unloaded ships, or warehousemen, responsible for shifting goods from wharf to store.

Getting wool to the coast