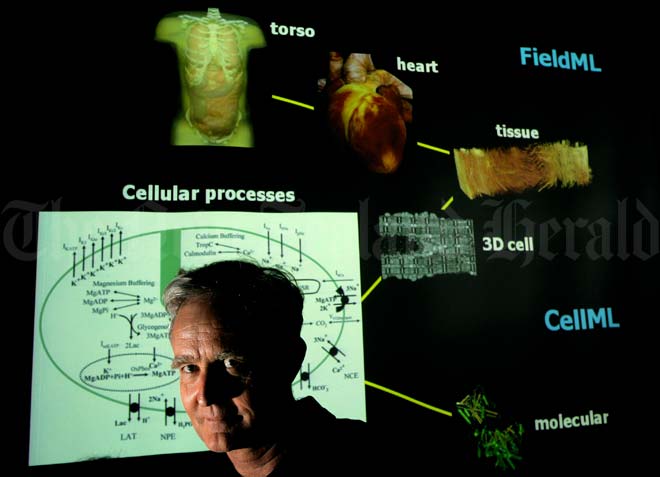 In 2006 Professor Peter Hunter headed New Zealand’s only bioengineering institute, based at the University of Auckland. He originally studied engineering and then began applying his knowledge of maths and physical science to biology. He was head of the international Physiome Project, which aimed to provide a precise scientific model of the entire human body. Dr Hunter’s special field of interest within the project was modelling the human heart. He produced software that can analyse the heart's electrical activity during surgery.