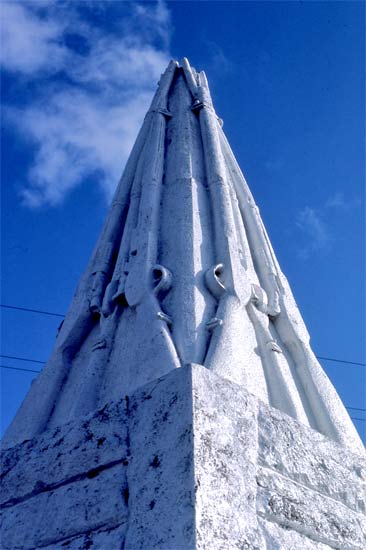 The New Zealand wars provided another reason for immigration, especially into Auckland province. Some former British soldiers settled there once they were discharged, and others were brought in as military settlers to provide security for Auckland. This memorial built at Pōkeno (south of Auckland) in 1898 recalls those British soldiers who died in the battles around the area.