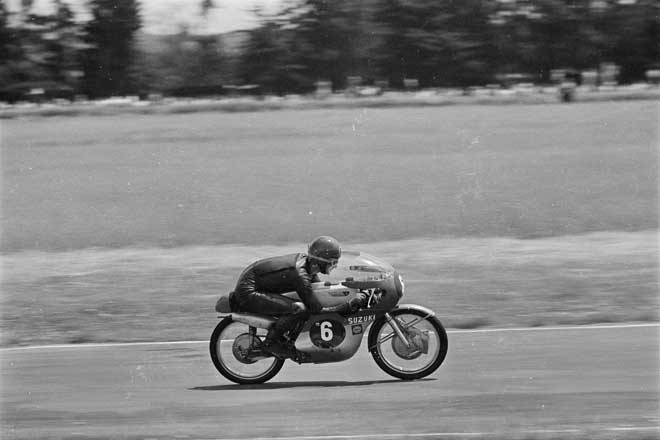 Photographer Bruce Valentine Davis panned to capture this shot of four-times world champion Hugh Anderson on his 125-cc Suzuki racing bike at Levin in 1966. By the 1960s Japanese bikes were becoming popular in New Zealand. They had a rapid rise in popularity due to their comparative cheapness and reliability – it was only in the early 1950s that Suzuki, a manufacturer of wooden weaving looms, began its interest in motorcycle manufacture.