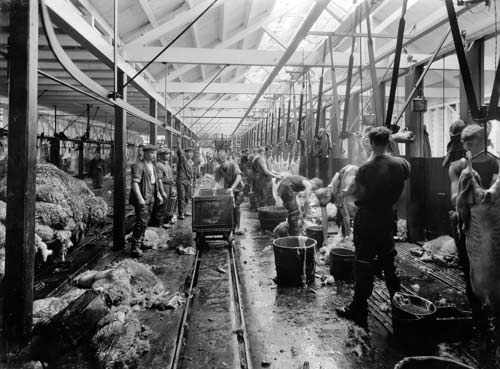 Until the early 1930s, all the slaughtering at a freezing works was done by solo butchers. Each man would kill four or five sheep at a time, then skin and dress the carcasses one by one. A skilled butcher could easily kill and dress over 100 sheep in a day. This photograph from around 1926 shows how unhygienic the system was, as the meat could easily be contaminated by the skins and waste.

The value of different products from a slaughtered animal

He kōrero nā Alistair Nicol and Caroline Saunders, i tāngia i te 24 Nov 2008