Welcoming the Duke of Edinburgh, 1869 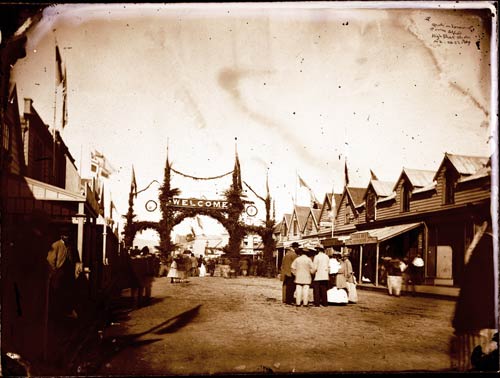 These colonials showed their affection for the ‘old country’ by making decorated arches of greenery and displaying Union Jacks to welcome the Duke of Edinburgh, Prince Alfred, when he visited Lyttelton in 1869. Any sense of being a New Zealander in the later 19th century was always secondary to being British.

‘The band of the red, white, and blue’