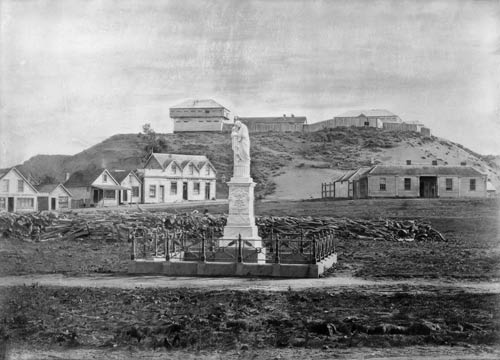 Whanganui settlers put up this statue to commemorate the 1864 battle of Moutoa Island, where local Māori defended Whanganui town against upriver Māori. It was erected near the river, at Pākaitore, a sandy beach where Māori canoes traditionally moored for trade and exchange – later known as Moutoa Gardens. Erected in late 1865, it was the first war memorial in the country. The Rutland stockade can be seen on top of the hill behind the memorial.