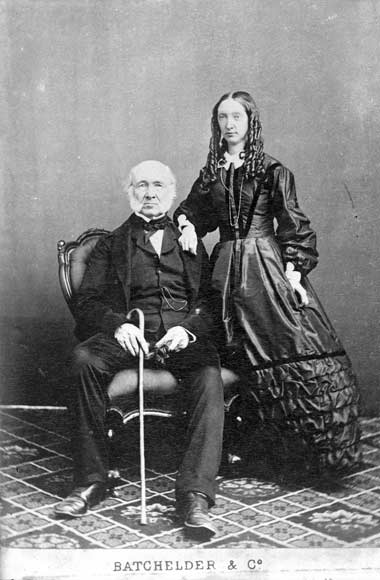 Four members of settler John Gilfillan’s family were killed at their isolated farmhouse near Whanganui in April 1847 by a raiding party. Gilfillan is seen here with a woman who was probably his daughter, in Melbourne, Victoria, around 1855.

Whanganui settlement and its stockades, 1847