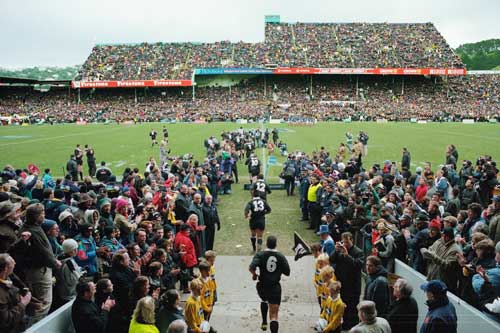 The All Blacks rugby team run onto Athletic Park for the last time in June 1999 to play France (they won 54–7). Located on a windswept plateau in Berhampore, Athletic Park had been the home of Wellington rugby since 1896. Well-known to locals was the open-topped Millard stand, which gave a good view but required fortitude in a southerly storm. With the opening of the waterfront stadium imminent, Athletic Park closed at the end of the 1999 season and its Māori owners (the Wellington Tenths Trust) built a retirement village on the site.