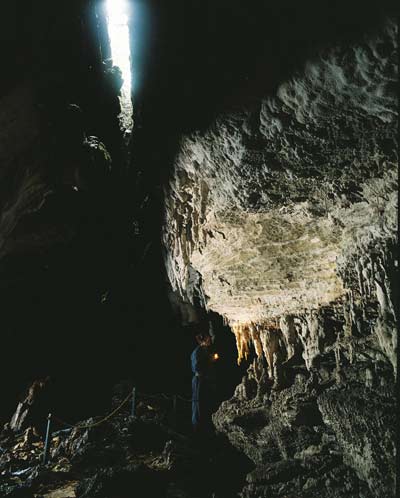 Honeycomb Hill cave was discovered in 1976 by cavers from the Buller Caving Group, in karst terrain north of Karamea on the West Coast. In an area 800 metres by 1,000 metres, cavers found 13.7 kilometres of passages and 70 entrances through which light enters. Over thousands of years, birds such as moa also fell through the holes and have been preserved as fossils. Careful excavation of the cave floor has revealed much about New Zealand’s extinct bird species.

this is so scientist you

this is so scientist you guys rock~!!!!