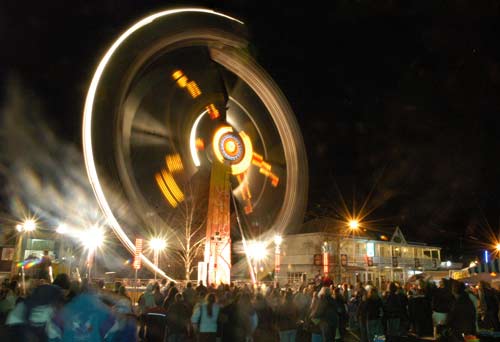 In New Zealand the social life associated with skiing usually happens in nearby towns, rather than at the skifield itself. The annual Ohakune Mountain Mardi Gras began as a response to the skifield closures of 1995 and 1996, when nearby Mt Ruapehu erupted. Stalls, games, rides, street performers and an all-night laser show were features of the event.