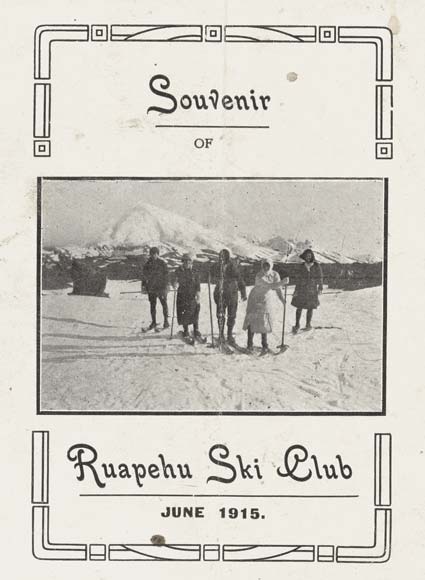 The Ruapehu Ski Club, formed in 1913, was the first in New Zealand. This 1915 souvenir shows men and women members on the slopes. It was the first skiing experience for some of them, and they found the rudimentary gear rather difficult to manage. Skis were wooden, with awkward fastenings. Skiers carried only one pole, which they dragged in the snow to help themselves change direction. Women soon realised that skirts were unsuitable ski clothing, and in the words of one, they had ‘a ripping time’.

Walking to the skifield