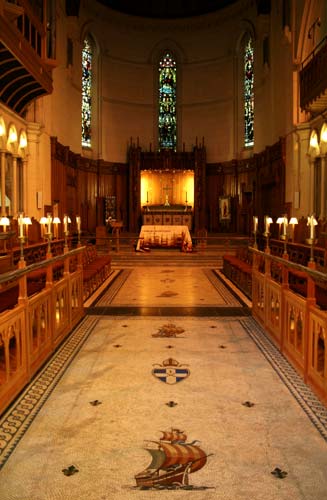 Before the 2011 earthquake, the aisle of the Christchurch Cathedral commemorated the English and Anglican origins of Canterbury with these romanticised images of the ‘first four ships’ – the Randolph, Cressy, Sir George Seymour and Charlotte Jane. The Canterbury Association aimed to create an English settlement centred on the Anglican faith, with people from all social classes. The first settlers arrived at Lyttelton on four ships in 1850. In Canterbury it is regarded as a distinction to be descended from these pioneers.