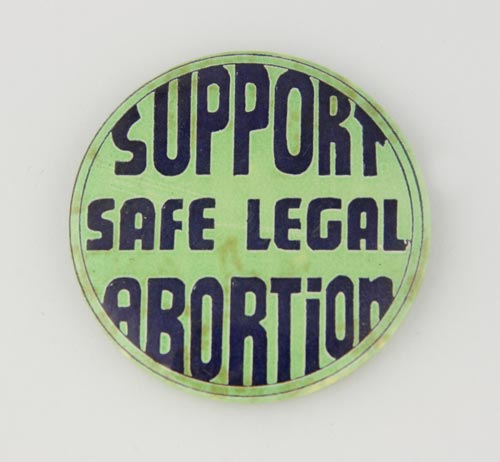 The safety of abortion was an important issue for those who opposed and those who supported women’s access to it. Hospitalisation after an illegal abortion was common and, although the death rate had dropped considerably, there were still two or three women dying each year in the 1960s. This badge was produced by the Abortion Law Reform Association of New Zealand (ALRANZ) in 1973.