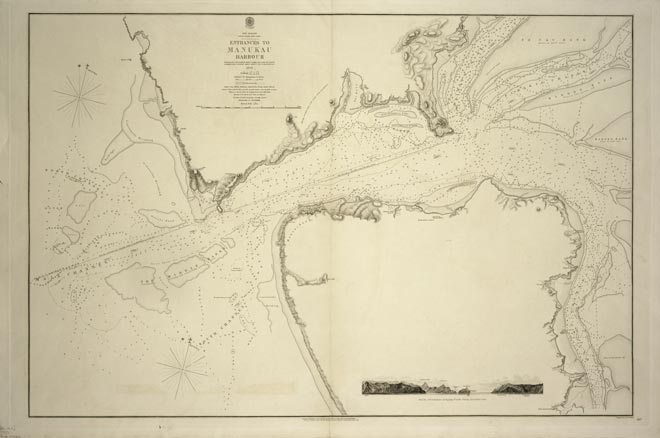 By the mid-19th century several settlements had been established in New Zealand, and the country’s coastline was reasonably well mapped. The definitive charting of the coast was undertaken between 1848 and 1855 by two British naval vessels – the Acheron and Pandora. Some of the charts remained the basis for navigation until well into the 20th century. They include this detailed survey of the entrance to the Manukau Harbour. It is a dangerous passage where the ship Orpheus was wrecked in 1863, with the loss of 189 lives.