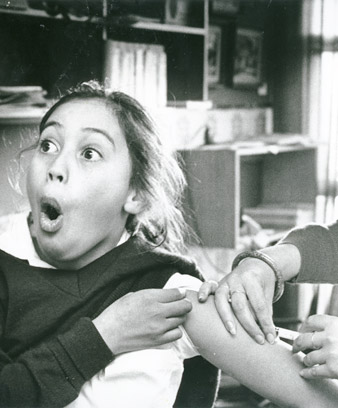 Te āhua nui: A girl receives a rubella vaccination in 1982