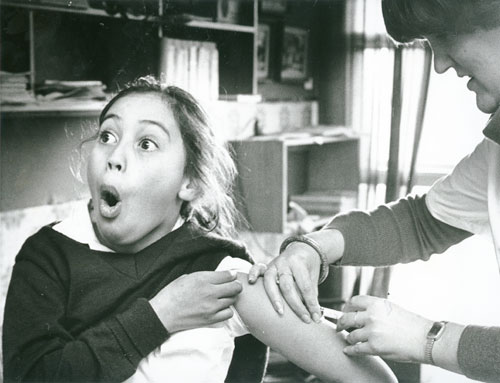 Diseases which were once feared are prevented or controlled by immunisation with a vaccine. Girls and boys are given the rubella vaccine in Year 7 (around age 11). At first, only girls were given the vaccine, because rubella is generally a mild disease but dangerous if contracted when pregnant – the virus can attack the growing foetus and cause physical defects and mental retardation. However, health officials realised that boys with rubella were continuing to spread the disease, so from 1992 they too were immunised.