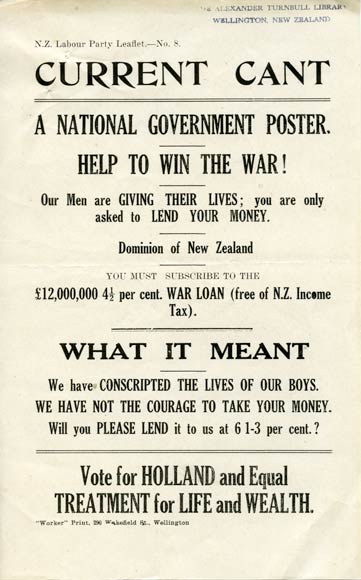 This pamphlet was produced by the Labour Party, probably for a by-election in 1918. The pamphlet asks voters to support Harry Holland, who became the Labour MP for the West Coast seat of Grey in 1918. It refers to its political rival, the 'National government' (a coalition of the Reform and United parties), and describes the government's statements as 'cant', or hypocritical language. In the next full election, in 1919, the newly formed Labour Party won almost 24% of the vote.