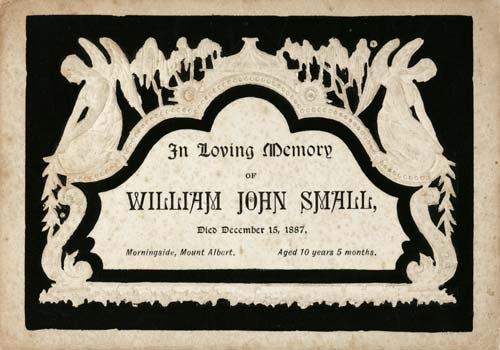 There are various ways of remembering those who have died. In 18th-century Europe memorial cards became a customary way to remember the dead, and their use expanded in the late 19th century as postal services developed. These cards were sent to family and friends within six months of the funeral service. Sometimes the words used on the card were those carved on the tombstone.

This memorial card was printed in memory of 10-year-old William John Small, one of many children who died in the late 19th century. In the 2000s memorial cards could be ordered via internet websites and then distributed through the post to friends and family. New ways of remembering those who have died include establishing a website or creating a page on an existing website on which people can post reflections about the person who has died.