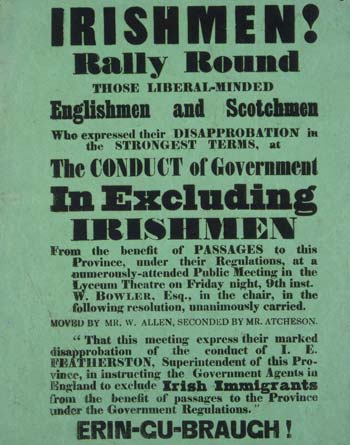 In October 1857 it was learned that the Superintendent of Wellington province, Isaac Featherston, had asked the province's recruiting agents in Great Britain to exclude Irish people from assisted passages to Wellington. This was probably because the Irish were regarded as ill-educated, inclined to heavy drinking, and likely to be Catholic. However, Featherston's instructions were not well-received by some residents of Wellington, who organised a protest meeting and issued this leaflet.