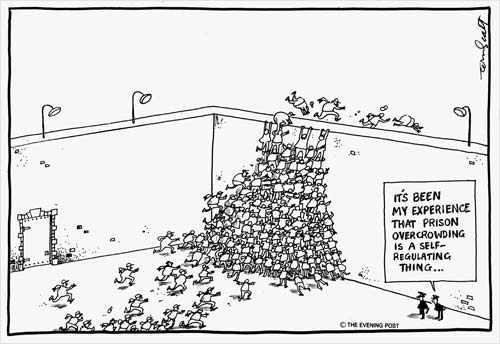 From the 1970s the ombudsman received a growing number of complaints from prisoners. One of their major complaints was overcrowding in prisons – a problem that still existed in 1990, as this cartoon shows.