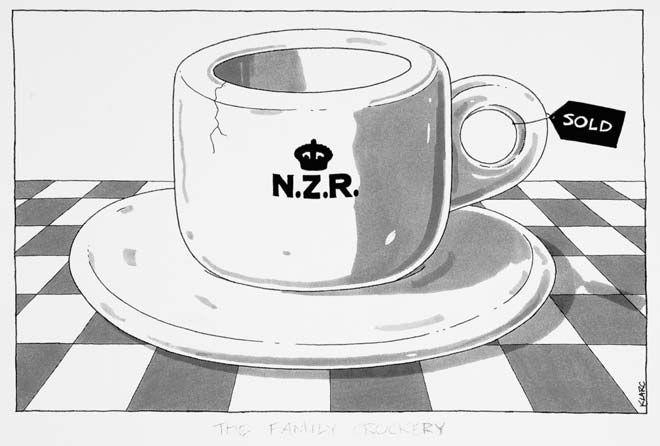 The government sold New Zealand Rail in 1993 for $328 million to a consortium in which the US company Wisconsin Central was the leading shareholder. From 1996 the New Zealand subsidiary, known as Tranz Rail, was listed on the New Zealand and NASDAQ stock exchanges. Shares were initially floated at $6.19 and peaked at $9 a year later. Wisconsin Central had sold out of Tranz Rail by 2000; in 2003, when Toll Holdings of Australia bought the company, its shares were valued at between $1.34 and $1.65.