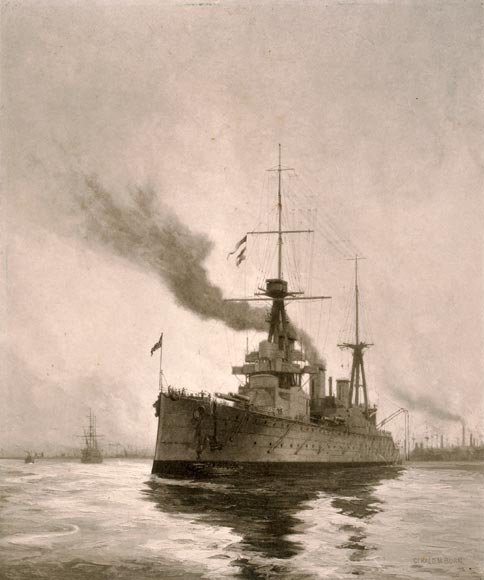 This battle cruiser was given by New Zealand to the British navy in 1909 as an act of patriotic loyalty to the empire. Completed in 1912, HMS New Zealand toured New Zealand in April and May 1913, when the crew were given many gifts including the piupiu (grass kilt) which was believed to be responsible for the ship's subsequent good luck. The ship took part in the Battle of Heligoland Bight in August 1915, the Battle of Dogger Bank in January 1915 and the Battle of Jutland on 31 May 1916, which was crucial in allowing the allies to maintain their blockade of the German fleet. HMS New Zealand was sold for scrap in 1922, but the last payment on the loan for its purchase was not made until 1944.