Burning of the Boyd 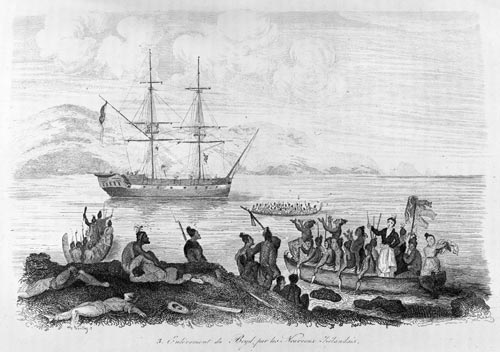 In revenge for the cruel treatment of one of their chiefs, Whangaroa Māori attacked and burned a visiting ship, the Boyd, in 1809. This 1839 drawing shows two dead sailors in the foreground. Three waka (canoes) are heading for the ship, while other Māori are already climbing its rigging. The massacre held up Samuel Marsden's plans to start a mission in the Bay of Islands.