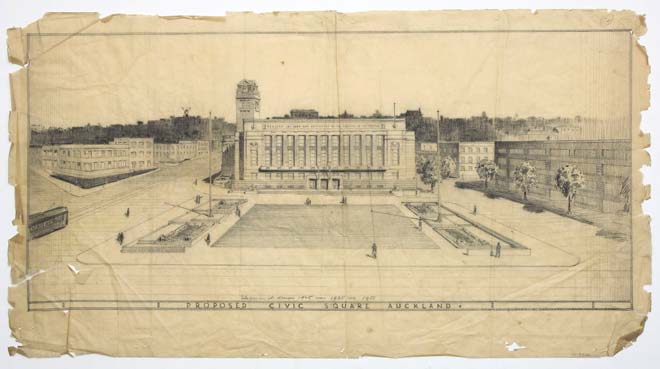 ‘City-beautiful’ planning sought to create grand civic and ceremonial spaces. In 1924 the Auckland architectural practice Gummer and Ford won a competition for a new civic centre in the city. Their design comprised two imposing edifices – an administration building and art gallery – fronting a large civic square, parallel to Queen Street. The ambitious plan lacked public support and was voted down. This image appears to be a modified and reduced version of the scheme. It consists of a new administration building facing a smaller civic square. The scheme was never built.