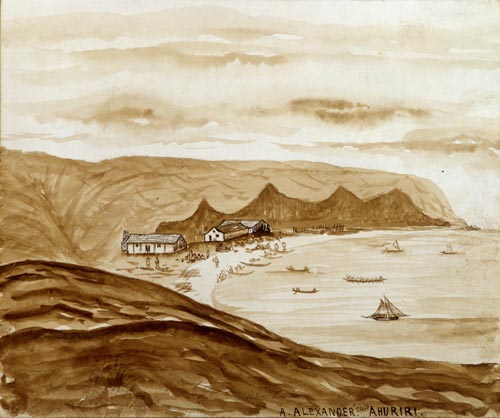 Scotsman Alexander Alexander opened a trading post at Ahuriri (Napier) in 1846. It was the first European building in the future town. Alexander went on to open a number of stores in the district and married Hārata, a Ngāti Te Ūpokoiri woman of mana. Unlike most traders he stayed in Hawke’s Bay, dying at his farm near Napier in 1873.