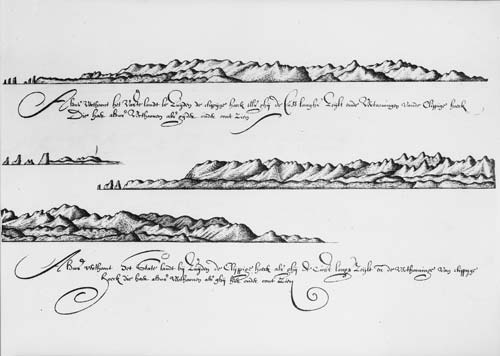 New Zealand was first seen by European eyes when Abel Tasman viewed the West Coast on 13 December 1642. One of his associates, Isaac Gilsemans, sketched the land near Cape Foulwind. A translation of his note reads: ‘Thus appears the main land to south of the Rocky Point [Cape Foulwind] when you sail along the coast and views of the Rocky Point which appear thus as you can see below’. The prominent islands called The Steeples can be seen at upper left.