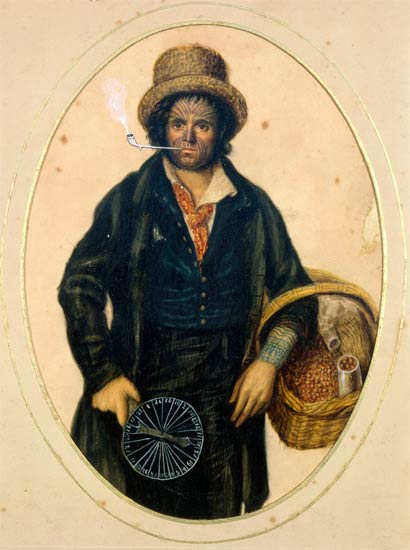 A few escaped convicts or seamen lived with Māori as traders and go-betweens. They became known as Pākehā–Māori. One was John Rutherford, shown here in European dress but with a fully tattooed face. The portrait was probably done by George Scharf in England, where Rutherford appeared in sideshows.